Quite simply, Cody and I met on a chat app. I used to travel a lot for business and I started using a chat app to talk with people no matter where I was. He messaged me and I ignored him the first time. He was persistent though and messaged me again. I am so happy I replied! He recognized my lanyard and knew I worked for IBM at the time; that, and my incredible smile he says. We talked about everything, from computer programming languages to what each was making for dinner over the next few days. We were both looking forward to hearing from the other, even checking our phones intermittently just in case a message were to come through. Finally, I decided to ask Cody if he was interested in meeting for lunch. After all, we were only chat friends and did not meet on a dating site but I just couldn’t imagine continuing to build a friendship without actually meeting. 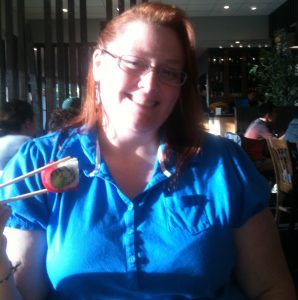 We agreed to meet for lunch just two days later at Sansu, a sushi restaurant near my work. I arrived first, waiting patiently for Cody and he walked in a few minutes later. The world seemed to tilt on its axis. We spent an hour and a half chatting over lunch. Time flew by too quickly; as would become the theme for the next several dates. It was apparent to both of us that we just couldn’t get enough of each other. We spent hours together, yet it would feel like minutes. A month later, we were inseparable. It didn’t matter to us that we didn’t know each other long. It felt like we had already been together forever. I would often ask where Cody had been all my life but came to the conclusion that God waited until we were ready for each other. 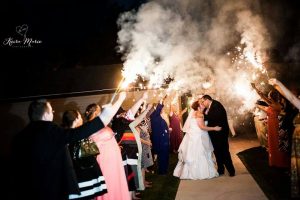 We thought we would have a small wedding but then family put their two cents in and we had over 250 people at the reception. It was amazing and I wouldn’t change a thing about it.